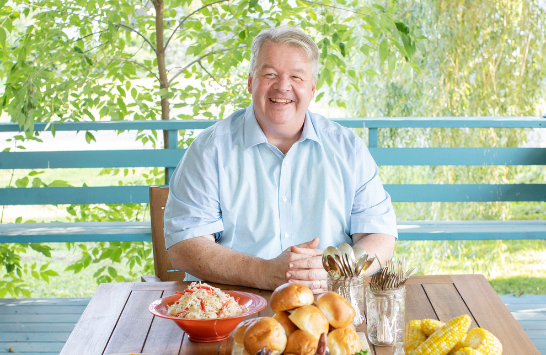 These days, Chef Olson is very busy. A talented, experienced and generous mentor, Michael is now Professor of Culinary Arts at Niagara College Canada in Niagara-on the-Lake, Ontario, and it’s a natural fit. “I really enjoy the whole experience of teaching people about food,” says Michael, “getting my students ready to work in the field, and passing on my passion for learning.”

Ahead of the curve, Michael apprenticed in Toronto in the 80s and was drawn to the then-burgeoning local food movement. “I was influenced by an innovative group of young chefs that got me excited about the Farm-to-Table Movement that was originally sparked in California in the 70s. I moved to Niagara in 1993 to open the country’s first full-service winery restaurant called On The Twenty at Cave Spring Cellars in Jordan. I reveled in the proximity to agriculture and the relationships that I built with producers, quickly developing a Masters in “farmer talk”. I absolutely loved being able to see behind the curtain of small family farm operations and truly understanding the efforts taken to bring food to the table. We were lucky with our timing as the dining public became interested in where their food came from. A decade earlier, they assumed that good stuff had to be imported, but in the early 90s, they wanted fresh and local. Dealing with producers over the years made me appreciate the complexities of the local economy and the overall benefits of shopping “close to home”.  Now, when I visit any Farmers Market, or see mention of local ingredients on menus, it reminds me of how far we’ve come in appreciating the “grown here” brand.”

Michael also believes everyone who eats should arm themselves with facts about local farms and farming practices. “Because consumers don’t usually buy meat directly from a producer, many tend to think that pigs are raised in giant factories by nameless, faceless corporations. The reality is that most of the pork that appears in the cold shelf in butcher shops and supermarkets comes from family farms. Regulations around safe operational practices including feed, health and welfare of the animal ensure a consistent, quality food supply within the community.”

Having dedicated an entire cookbook to pork, Michael has some strong opinions and great tips to share. “When I talk to home cooks about pork, I usually have two bits of advice: first, don’t overcook it, and the second, “think outside the chop”. When I was a kid, it was common wisdom to thoroughly, and I mean thoroughly cook pork for fears of trichinosis. A lot of cooks feel compelled to continue this even though practices have changed to avoid dangers associated with pork cooked to less than the well-done state. Sometimes texture actually improves with lengthy cooking, like a roasted shoulder. However, a boneless loin roast is quite lean and will be quite dry if taken to 165f. I use a digital thermometer so I can cook lean cuts to an accurate degree and know that is will be flavourful, tender and juicy. When it comes to variety, I encourage consumers to switch things up and not just rely on the same couple of recipes at home. I talk to our local butcher all the time about what I should buy, depending on the theme of the dinner. If I buy chops, they’re from the rib end, with the darker outside muscle, and a roast is likely to be the less common capicola.”

When it comes to choosing his top cuts and recipes, Michael hesitates. “It’s difficult to say what my favourite pork recipe would be just because there are so many delicious options! If I think about visiting restaurants, there’s a winner in just about every neighbourhood: Char Siu Pork for Dim Sum, vindaloo, ban mi, Italian porchetta sandwiches, spicy sausage on a bun, a peameal sammy, or crazy delicious BBQ ribs. At home, a treat is when I do my Crispy Roasted Pork Belly. It is rich and takes a bit of effort, but the crunch of the crackling, the incredible aroma out of the oven, and the full meaty flavour always puts a smile on faces. I always pair it with two sauces (one hot and one sweet) plus some crisp, fresh veggies. 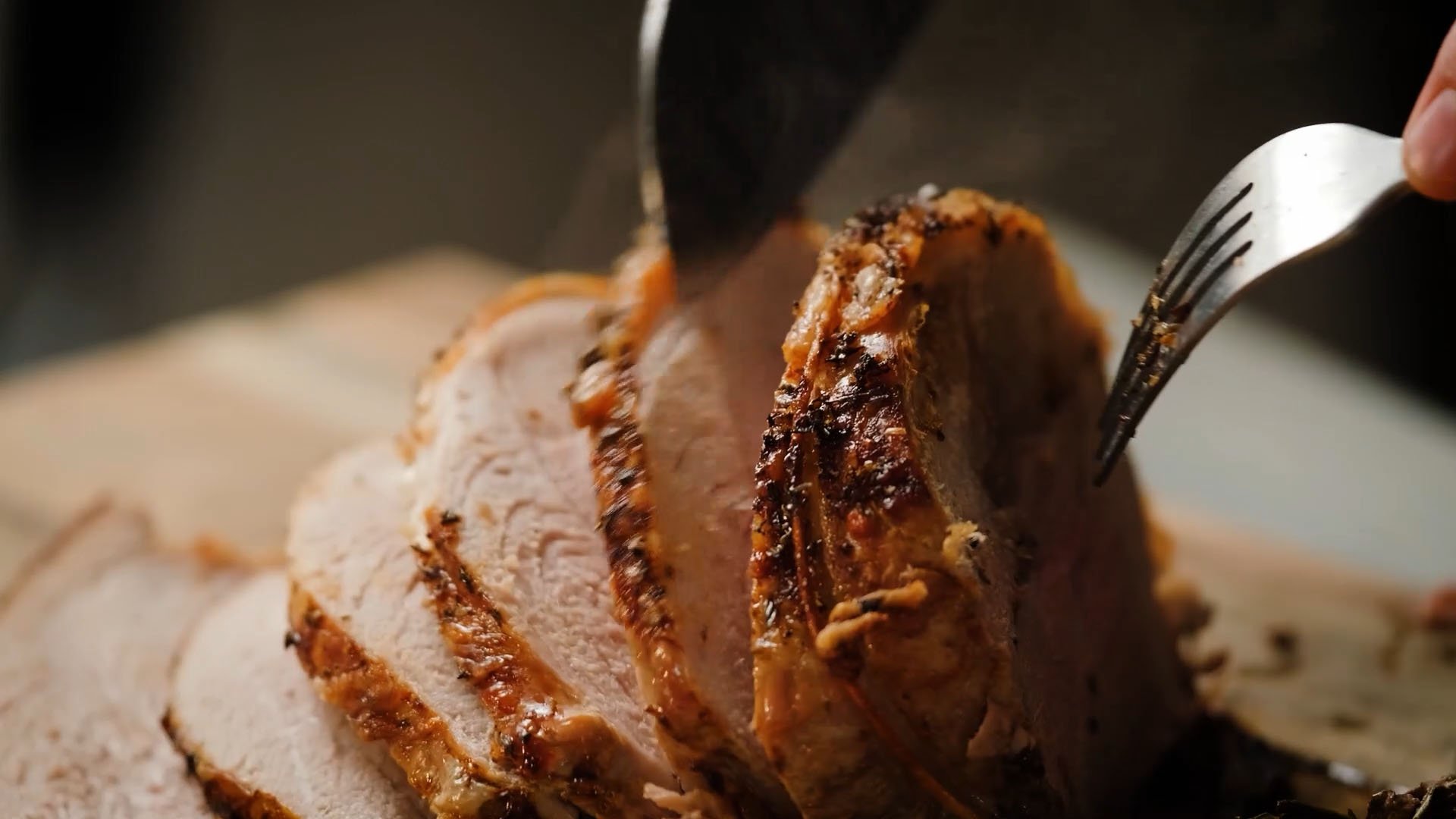 IT'S ALL ABOUT THE CONNECTIONS, TRUST, AND LOCAL FOOD.

Meet the people behind the Ontario food supply chain.